structure weighs an astonishing 1.571 million pounds and was built to withstand an excess of 71 million pounds in weight on top of it. (That’s the equivalent of 71 fully-loaded 747 airliners piled one on top of the other!) This amazing ability to withstand weight as well as the forces of nature are due to the Skywalk’s 2-inch thick steel frame which is designed specifically to flex in the heat, cold, and wind. This frame is anchored to the Grand Canyon by footings measuring 46 feet down into the bedrock. The specially made German glass, which forms the platform for guests to walk on, also plays a big part in the durability of Skywalk. Each of the 46 panes forming the walkway is constructed of 5 layers of glass bonded together and laminated, weighing in at 1,200 lbs, and making the glass incredibly strong while still providing a crystal-clear view of the canyon below.

Given that information, would you be willing to walk on it? Could you walk on it without holding the railing?

Some people refuse to walk on it. Others will walk on it but they keep a tight grip on the railing. This is an example of the EMOTIONAL part of our brain conflicting with the LOGICAL part of our brain.  The logical part of our brain tells us that the Skywalk is safe. However, the emotional part is not convinced! It’s afraid of falling because it is not used to being able to see through the floor.

As Paul Ekman wrote in his book, “Emotions Revealed”:

“The knowledge that there is nothing to fear does not erase the fear.”

As Daniel Goleman wrote in his best seller, “Working with Emotional Intelligence”:

“Those who rely too heavily on the persuasive effects of aids such as… elegant statistical analyses of data also can miss the boat. An audience must be emotionally engaged, but mediocre presenters rarely go beyond the same dry litany of facts, however flashily displayed, and never take into account the emotional temperature of the audience.”

So, how do you “take into account the emotional temperature of the audience?”

What does your audience care about the most?

If you answered “D”, you are correct! Choice “D” is a personal benefit and directly touches their emotions. A, B, and C are more logical benefits for the company and but they only indirectly affect the person’s bonus. Presenters will often spend a lot of time talking about A, B, and C, and then disregard D. Why? Why do presenters leave out personal benefits? Those can be the most attractive.

This applies to leadership situations also (not just sales)

Lou Gerstner was the Chairman and CEO for IBM from 1993 to 2002 and is credited with turning IBM around. When it came to transforming a company or changing the culture for a group of people, he said:

“It is not something you do by writing memos. You’ve got to appeal to people’s emotions. They’ve got to buy in with their hearts and bellies, not just their minds.”

Are you appealing to people’s emotions? Are you getting them to buy in with their hearts and bellies? If not, personal benefits are a good first step. What personal benefits could you talk about with your audience? You have to put yourself in their shoes and ask yourself, what would truly motivate them?

Like anything that is powerful, you have to be careful. Don’t abuse the personal benefits. Make sure they are appropriate for that audience. You can be more personal and more focused if you are talking one-on-one and if you know them well. If you are talking to a group, then you have to take a step back and make your remarks personal for the entire group. For instance, maybe you say that one benefit of your proposal is that “your whole department will look good in the eyes of the organization.”

Personal benefits to the audience are powerful but you can’t ignore the “Company” benefits (choices A, B, and C above). You also have to include those logical reasons for the audience to take action. Your audience will need to be equipped with this information so that it can make a business case to others in the organization. Sometimes personal benefits will be more powerful and other times the Company benefits will be more powerful. You’ll have to decide, based on your audience, if you want to stress one more than the other. No matter the situation, you should attempt to include both. Going back to the point made at the beginning, if the emotional decision-making process arrives at the same conclusion as the logical one, you have an easy decision. Make it easy for the members of your audience to make their decision. They will appreciate it. 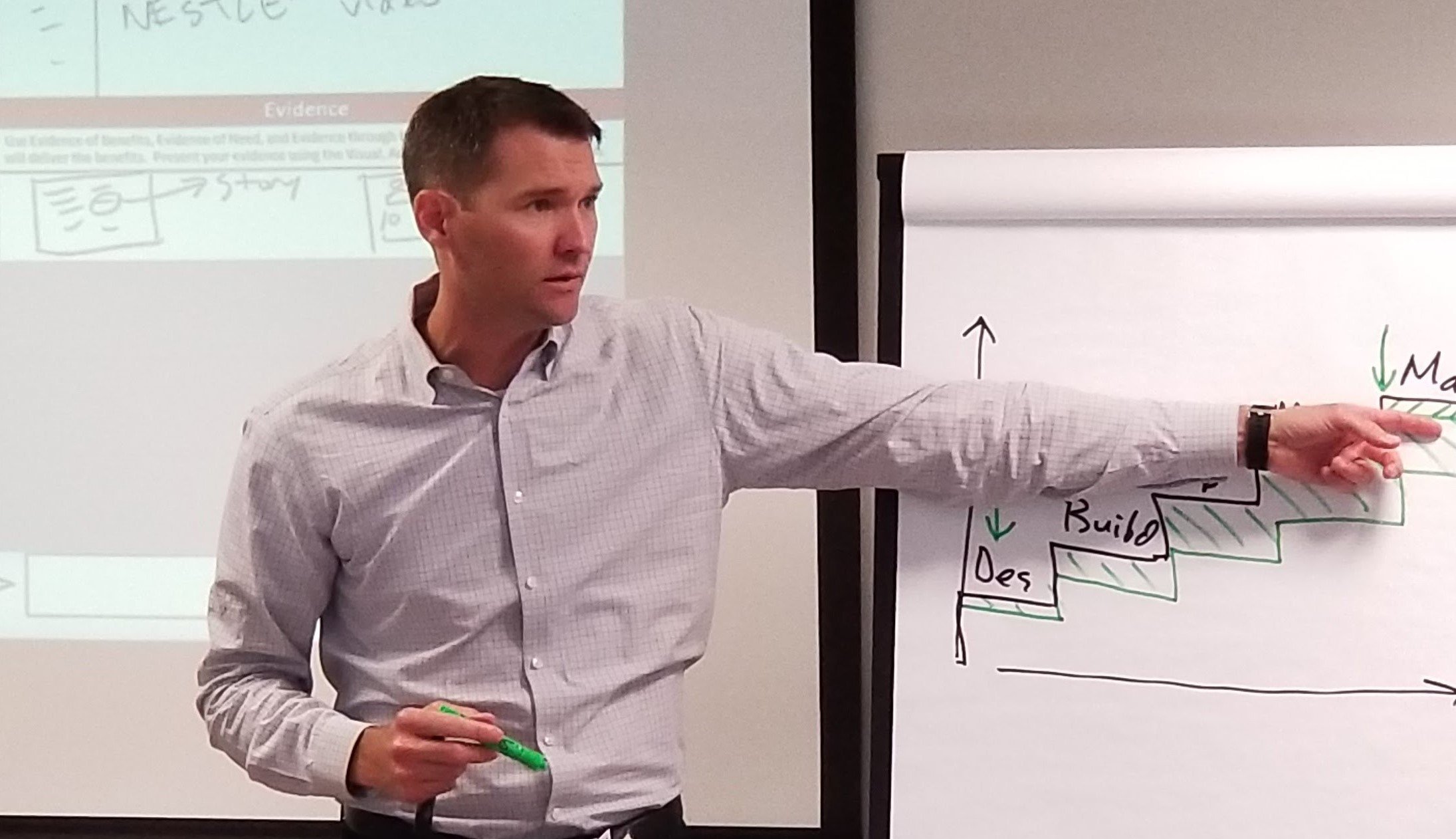 Tom, This is an example of a modal window we can do.